How much does it cost to make an app in Saudi Arabia?

Think about making an app for yourself or your business like buying a brand-new car. You could simply purchase the regular version of the car or opt for one with additional features and a bit more customization. Whichever route you choose to go, what you get depends largely on how much you are willing to pay. This is the exact case with apps. Typically, you want your app built based on your personal preferences and with specific features that will benefit your business. This involves a whole lot of stages and processes which can affect the cost. Typically, app development in Saudi Arabia can cost anything from $5000 for the most basic apps to hundreds of thousands of dollars for more complex projects. That is equivalent to about 19,000 SAR on the average and could be several thousand more depending on various factors.

You may have an idea for a mobile app but lack the slightest idea about the elaborate processes and efforts that go into making it work. A seemingly basic app idea can take weeks or even months of continuous development to get it to work. Still, it is important that you have an idea of what your app requires and the basic features you want on it When you visit a mobile app developer in Saudi Arabia, you will be asked for many of these specifics in order to get an idea of how to put your app together. This information is also required to give you an estimate and answer the foremost question on the mind of anyone who needs the services of an app developer in Saudi Arabia.

So what exactly are the factors that determine how much it cost to make an app in Saudi Arabia? 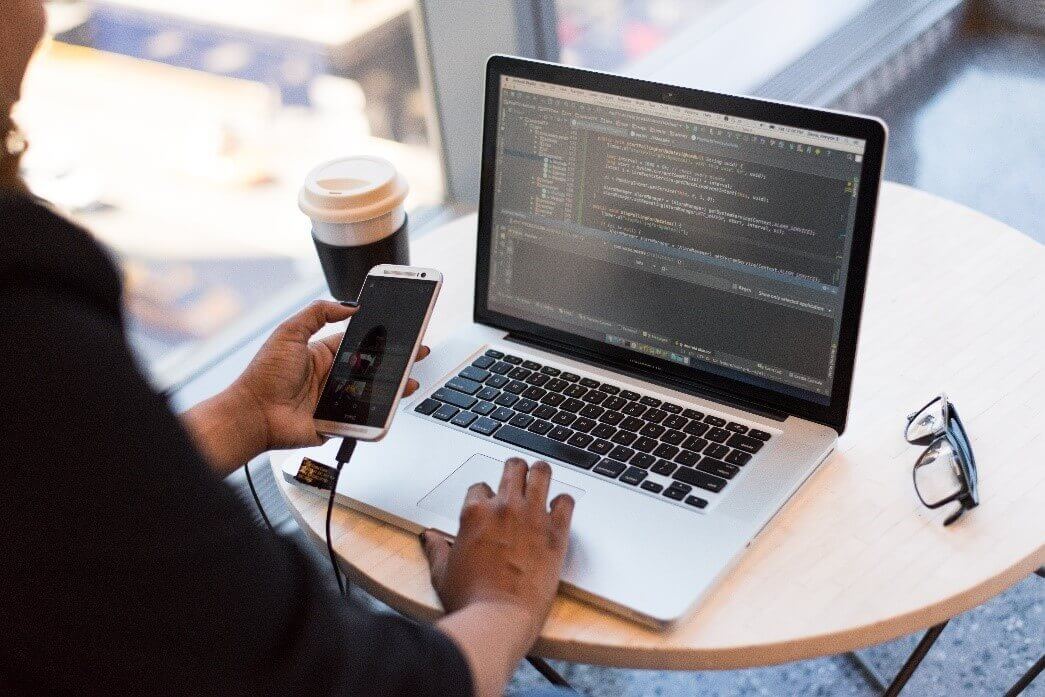 Your decision to make your app for iOS or Android depends on 5 major factors. These include:

The fact is, there are major differences in the types of users that Android and iOS apps attract. There are more Android users globally but statistics show that Apple has global dominance in terms of app spending. Hence, you need to consider the geographic spread and demography of your target audience before choosing the type of app you want to make.
Making an app for iOS is faster and cheaper. By some estimates, the development time for iOS apps is 30 to 40% faster than that of Android. The implication is that you will spend less on an iOS app in the long run. Conversely, Android apps allow more flexibility and better features. Because Android is an open-source platform, you can customize your app more and add more features and functions that will appeal to your audience. You will have to weigh this fact against the lower cost and the characteristics of your target audience to see which of these will be best for you.

Another vital decision that may affect the cost of app development in Saudi Arabia is whether you want a Hybrid or Native app. To put it simply, a hybrid app is built with web tools like HTML, CSS, and JavaScript. Native apps, on the other hand, are built with specific languages for each platform e.g. Java for Android and Swift for iOS.

The technicalities asides, here is what you need to know. If you want a simple app with basic features then you can go the native app route. But if you want a high graphics-oriented app, 3D or HD games, and other apps that require high performance, then a native app is a more recommended approach.

Native apps are generally more expensive than hybrid apps. This is because they require separate development efforts for each platform and this will increase the development time. Native apps also require a specific skill set for their development and maintenance. This adds to the cost as well. So if the cost will be an issue and the app you want is not a high-performance type then a hybrid app will work just fine.

Mobile UX design is one of the most essential stages in the process of making an app. Depending on the complexity of the project, your app developer in Saudi Arabia may have to prepare an initial prototype or create UX wireframes. This may also affect the cost estimation of the project.

If the project is a very complex one with a lot of features and extensive navigation, the developer may have to present a sketch of the overall format of the app. This may be done by hand or with an app design tool. The purpose of a sketch is to showcase the main mechanisms of your app. For complex projects, you may require the services of a UX/UI designer and a business analyst. They may even need to carry out market research to develop a sketch.

Asides sketches, you may also build UX wireframes for your apps. This is created using mobile app design tools and is designed to showcase the structure of the app with a focus on its usability. These help to conceptualize the idea of your app and helps the developer to understand how the product. The UX wireframe is like a skeleton of your app.

Although not always compulsory, this stage is a crucial one that can contribute to the overall user satisfaction when your app is eventually completed. Hence, it is very much recommended. When trying to answer the question of how much it costs to make an app in Saudi Arabia, it is important that your factor in this stage as it contributes to the final price of the development process. 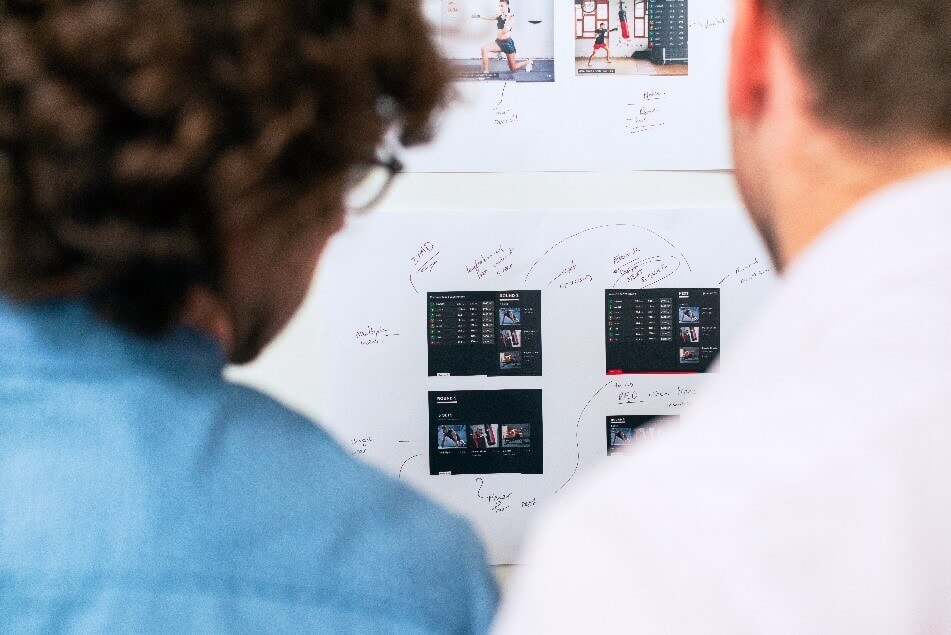 Customization adds to the cost of app design. Hence you may have to pay more for your app depending on how much customization you want. Comparatively, a generic app with a basic design will cost a lot less. Averagely, it may take between 16 to 29 hours to create each custom interface of an app and up to 3 hours to create a unique screen. This will considerably increase the cost of design and development.

A less costly alternative is to go for mixed app design. In this case, only one or two elements of the basic app design will be customized. This way, the impact on the total cost will be less than a custom application design.

The cost of mobile application development in Saudi Arabia may also depend on the complexity of the solution that you intend to develop. A simple app with standard buttons, call to action, images and other elements that are compliant with the platform you are making the app for will cost less compared to an app with more complex features. To minimize the development cost, this basic app design is recommended at least for the first version of your app.

If you are making an E-commerce app which will require the integration of payment features, then you will need to consider the security of the app. This can also contribute to the overall cost estimates that you will get from the developer. Applications that need to connect to other devices may also require more time. Hence they will cost more than apps that have no connectivity feature. 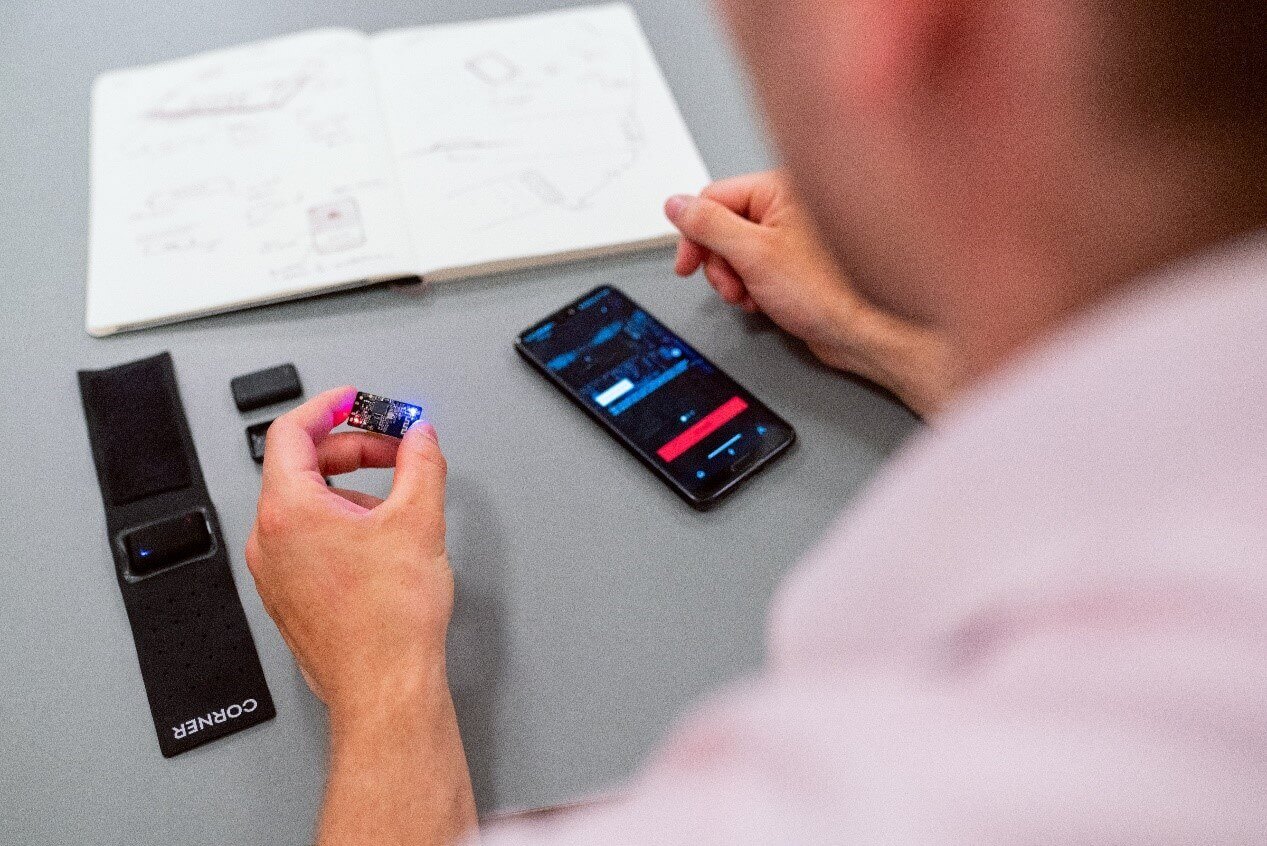 The cost of making your app will also depend on how much time it takes to put it all together. This is perhaps the most important factor of all. All the factors mentioned so far will contribute to the time it takes to make your application and have it ready for use.

So long does app development take in Saudi Arabia?

The truth is, there is no precise answer to this question. How long it takes to make an app depends on a lot of factors. The time frame may vary depending on the type of app in question and the complexity of the project. Typically, apps may be completed within three to twelve months. According to one survey, about 10% of apps development projects are completed within three months. Averagely, it takes 18 weeks to make a native version 1.0 of an application. That is the same amount of time it takes to build a 1.3 Boeing 777 airplane or to dig 3 oil wells, 3000 feet each. Of course, this time may vary depending on the complexity of the project.

Who is making the app?

Another vital factor that may affect app price is who is making it. Generally, you have two options fo this. You can opt for a freelancer or an app development company in Saudi Arabia. The main advantage of hiring a freelancer to make your app is that the cost will be lower than that of an app development company. Communication is also better since you can interact with the developer directly and discuss exactly what you want for your app. The obvious downside for this is the risk of lower quality of service, additional paperwork on your part, and the difficulty of finding a qualified developer that can deliver to your specifications.

Hiring an app development company in Saudi Arabia is the more costly route. This may not be viable if you are on a tight budget. But if you don’t mind the extra cost and you don’t have an issue with dealing with big company bureaucracy then it is an option you should consider. You can be assured of the quality of the app. You also don’t have to worry about competence since you will have a multi-skilled team working on your project.

Using these specifications among other things, your mobile app development expert in Saudi Arabia can prepare an estimate of the possible cost of making your app. It is impossible to quote a specific figure until all of these questions are answered as satisfactorily as possible.

Through these specifications, your Mobile app development services in Saudi Arabia can estimate what will your app cost you. Cost also depends on the time it takes. Of course the longer the app needs time to be built, the more you have to pay for the development services.

The bottom line is, It is difficult to answer the question of “how much does it costs to make an app in Saudi Arabia?” without knowing all these requirements. When you have all these details sorted out with the help of the app development expert you wish to hire, you can eventually get the answer you need.

GET CONNECTED WITH US

Disclaimer: The published third party logo designs, images and mobile applications ownership and copyright remains solely with their respective owners. The use of these objects is not permitted without prior expressed written consent by their respective owners. MobiWhiz has no influence, whatsoever on the design or contents of such objects, logo designs, images and mobile applications. The characters, icons, and all copyrighted material used in the website, are used for “exemplary purpose only” and does not constitutes ownership rights.